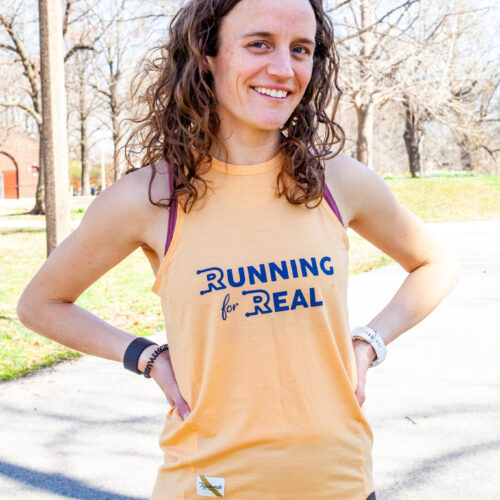 Tina is the founder and CEO of Running For Real. Tina is a mother of two and former international runner for Great Britain and Northern Ireland. Tina hosts the Running For Real Podcast, which has amassed over 6 million downloads. The Running For Real Podcast is a collective of conversations about running, the climate emergency, and social justice. Tina also hosts a second, NPR style podcast with Knox Robinson called Running Realized, noted as “The ‘Invisibilia’ of running” by Women’s Running. Tina has worked with the United Nations Office for the Coordination of Humanitarian Affairs and been featured in The Guardian, The Telegraph, People Magazine, Outside, SELF, and Women’s Health.