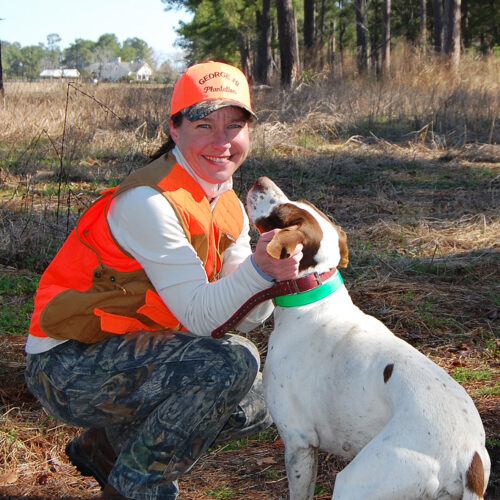 Katie McKalip is the director of communications with Backcountry Hunters & Anglers, where she oversees all aspects of BHA’s messaging, media relations, community outreach and marketing. Over her six-plus years on Team BHA, she’s played a role in growing the organization from 1500 members to more than 40,000 – and its emergence as one of the outdoors community’s most outspoken and impactful voices on natural resources issues, conservation and public lands and waters.

Prior to joining BHA, Katie spent seven years with the Theodore Roosevelt Conservation Partnership, where she led the TRCP’s media outreach and other communications work. She also helped realize founder Jim Range’s vision of the TRCP as an influencer of sportsmen-driven conservation policy and a center point in the outdoors and hunting and angling constituencies.

She is a longtime board member of the Outdoor Writers Association of America, currently serving as OWAA vice president, and volunteers for other grassroots sportsmen and conservation efforts. In her spare time, she enjoys floating rivers with her family, upland hunting with friends, big game hunting with her husband and trail running with her dog to find a much needed sense of solitude.

She has an M.S. from the University of Montana and a B.A. from The College of William & Mary. For her master’s thesis, she wrote a manuscript on the history of mining – camps, communities and colorful characters – in the area now known as Rocky Mountain National Park.